Prince Andrew Siddle of Morocco is probably the most enigmatic , and forgotten, Prince of the Royal House of Alaouite in Morocco. He is also the largest because he was granted the title of Prince twice. Once in the Western Sahara Desert , by the Bedouin Sahari berbers, and once by King Hassan II.

Never the less a cairn of stones stands, in the Western Sahara Desert, which was erected by the bedouin berbers of the desert. The stones are a reminder of the marriage of Andrew Siddle to the only daughter of the first wife of King Hassan II.

King Hassan II was not only the King of Morocco but also an international celebrity who took advantage of every situation in life that he possibly could. He appeared on television news events, and interviews, all over the world when ever he possibly could get the coverage.

He had a personally invented medical profession hi tech innovation, to help with the study of high blood pressure and coronary problems, patented in the USA. Also involvement with the University of Alabama in America, involvement with UK trade deals, and increased international trade connections with the UK and the whole world during his lifetime

In accepting a UK citizen to become part of his family he was acting to further his interests in having Morocco as an international trading nation with connections all over the world.

Above is the Alaouite Royal Palace of Rabat. Prince Andrew Siddle lived here , for a while, in the early 1990's while his father in law King Hassan II arranged for the Islamic Palace Imam to supervise his studies. These studies are required in order to undertake vows to become a Moroccan Alaouite Prince and member of the Moulay Hassan family in Morocco,

Prince Andrew Siddle was one of the only Royal Family of Morocco Princes to have been given the title of Prince twice. Once in the Western Sahara , by the Bedouin Berbers, and once at the Royal Palace of Rabat , Morocco, by King Hassan II.

The area from the northern coast of Barbary all the way down to the southern tip of the Western Sahara Desert is large. Very large! However Prince Andrew was made Prince twice in Africa and this is the area that his title covered back in the 1990's.

His appointment to Prince , in the Sahara desert, followed on from a blood letting ceremony in which one of his wrists was slit completely open with a sharpened hunting knife.  His flowing blood was then mingled with that of the existing Sahari Chief out in the Sahara Desert midday sun. This being done by pressing both of their wrists tightly into each other.

King Moulay Hassan II later introduced Prince Andrew to the only daughter of his first wife.

In order to become a new Alaouite Prince in Rabat the Palace Imam must be satisfied that the applicant has met the religious requirement in order to take up this role.

Prince Andrew Siddle studied under an Imam for some time during his stay in Morocco in order to be allowed to become a member of the Royal Household of Moulay Hassan II; His Father in Law and personal friend since stumbling in from the Western Sahara desert.

Islam does not really care for Prince or Princess titles hence these are largely irrelevant to being an Alaouite. This is because the Alaouite line are religious where as the title of Prince is secular. It is difficult to explain!

The Word Alaouite comes from the Ali of Ali Ibn Abi Talib, Muhammad's son in law and cousin, whose descendant Sharif Ibn Ali became Prince of Tafilalt in 1631. His son Mulay Al Rashid (1664 - 1672) was able to unite and pacify the country.

The Alaouite family claim descent from the Prophet Muhammed/Mohammed, founder of the Islamic faith, through his daughter Fatimah az Zahrah and her husband Ali Ibn Abi Talib.

Unfortunately happiness did not result for Lalla, wife of Prince Andrew Siddle, after marriage. She turned against her father king Hassan II, following the death of her mother in the 1990's in Rabat, and was later exceuted by military firing Squad in Morocco for treason against the state and Crown.

His marriage to the only daughter of the first wife of King Hassan II was his second marriage in life. His first marriage was to Tina Kerti ( AKA  Tina Braybrook) who was a 1980's, and 1990's, model and film actress in the UK/USA.

Since the death of his Moroccan Princess wife he remains un attached and often difficult to find; moving around frequently. However being unattached is probably because he already has a number of children, and indeed now grandchildren in the UK.

Despite all of this Prince Andrew  was never anything but on friendly terms with the son of King Hassan II ; his brother in law King Mohammed VI. In fact when Mohammed VI first completed his PHD thesis , and studies in France, Prince Andrew Met up with him in the UK; all of those years ago. 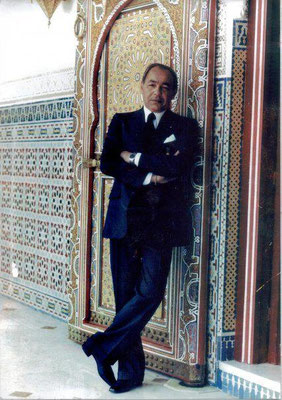 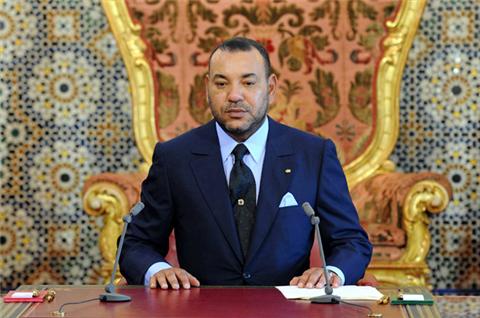 The Coat of Arms of Morocco

Above is the current coat of arms of Morocco as at 2019 (formally, the royal coat of arms) which was introduced on the 14th August 1957. It was developed by the graphic artists Gauthier and Hainaut and shows a green pentagram, specifically a two-dimensional Penrose pentacle on a red background before the Atlas Mountains and a rising sun. The royal crown is on top. Two lions function as the holders of the shield. On the ribbon underneath, the Arabic inscription is written:  ن تنصروا الله ينصركم  (If you glorify God, He will glorify you) (Quran, Verse 7, Sura 47).

Above is the national flag of Morocco. In 1915, during the reign of Mulay Yusef, the green interlaced pentangle was added to the national flag, and it stands for Love, Truth, Peace, Freedom, and Justice. While Morocco was under French and Spanish control, the red flag with the seal in the center remained in use, but only inland.

Above is the national flag of the Sahrawi Arab Democratic Republic of the  Western Sahara. 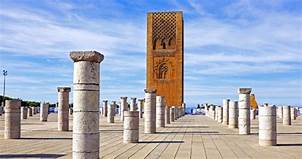 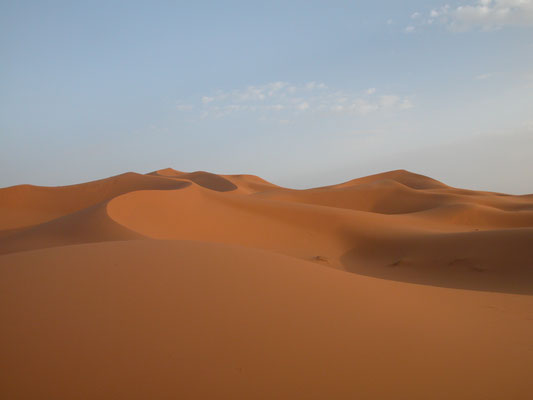 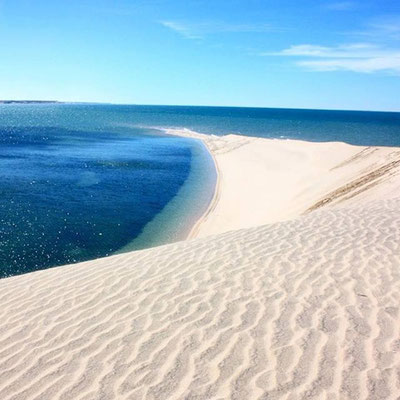 is the grandson of King Hassan (II).

A photograph of Moulay Rachid who is the brother of Mohammed VI.

U.S.A. reaffirms recognition of Morocco’s undivided map including the Sahara

The United States has reaffirmed its recognition of Morocco’s undivided official map that includes the Sahara following the American recognition in December 2020 of Moroccan full sovereignty over its entire Saharan territory.

On Wednesday, a spokesperson for the U.S. Embassy in Rabat said that the official MAP of Morocco adopted by the U.S. government is the one posted by the CIA in its website (https://www.cia.gov/the-world-factbook/countries/morocco/map).

The MAP is showing undivided Morocco including the Sahara, with a caption saying that in 2020, the “United States recognized Western Sahara as an integral part of Morocco”.

Several American governmental bodies, agencies and entities including the State Department, the Pentagon as well as NATO have all adopted Morocco’s official map including the Sahara.

The remarks of the U.S. diplomat dealt another blow to the Algeria-Polisario attempts to exploit an old map published Tuesday by U.S. president Joe Biden in his tweeter account showing the 60 countries around the globe that received vaccine doses donated by the United States.

The Algerian propaganda media including APS news agency and social network have tried to exploit politically this inadvertent error but their anti-Moroccan plot failed as Biden removed this Wednesday the controversial tweet and map to the great disappointment of the enemies of Morocco’s territorial integrity.

Last week, U.S. Assistant Secretary of State for Near Eastern Affairs Joey Hood affirmed that the stand of the United States on the Sahara remains unchanged and stressed the urgent need to appoint a new UN envoy for the Sahara

Following the USA recognition of the Western Sahara, and Morocco, as being one country; the Arab League have now done the same with an announcement on Christmas Day 2021 (In the "North Africa Post").

The Arab League has asked all its offshoots to adopt a unified map of the Arab World including Morocco’s full map from Tangier to Lagouira.

The Arab League has sent a formal statement to all its affiliates with a map attached, Morocco’s news agency reported.

The new measure not only conforms to reality on the ground but represents for Morocco another diplomatic victory in the Arab World.

The Arab League decision came after the Algerian delegation protested the display of Morocco’s undivided map during an event held by the organization of Arab Women.

Algeria has mobilized its diplomacy and resources to defend separatism in southern Morocco to no avail and has received a series of blows recently on the back of the growing support for Morocco’s sovereignty over the Sahara.

Since the US recognition of Morocco’s territorial integrity, all US diplomatic missions and agencies now use the official Moroccan map including the Sahara where over 20 countries opened consulates.

Egypt reiterated its position in support of Morocco’s territorial integrity and UN efforts in line with UN Security council resolution 2602 which stressed the pre eminence of the autonomy plan.

This came in a joint statement following talks in Rabat between Moroccan and Egyptian foreign ministers, Nasser Bourita and Sameh Choukri.

The Five Pillars of Islam

"It is not possible to become a member of the Islamic House of Alaouite without completing the five pillars of Islam. Despite also being confirmed to the Roman Catholic faith, at Our Lady of All Victories Church, I also undertook all Islamic faith requirements of the House of Alaouite in Maghreb, North Africa. Accordingly I was confirmed to the Islamic faith as well.

A pillar is something that "should be done" as part of a faith, during a person's lifetime, and the exact nature of the five pillars of the Islamic faith are shown above.

The final stage is known as Hajj and involves a pilgrimage to Mecca. At that particular year there were major problems and threats of civil unrest to the Royal House of Alaouite in Morocco. I undertook and completed the final stage of requirements to the Islamic faith, Hajj, but had to use the personal palace jet of my father in law Moulay Hassan and be accompanied by armed guards of the Moroccan Army. Never the less it was done and all five stages completed for my marriage to my Lalla in Rabat, Morocco, North Africa.

The Hajj Pilgrimage to Mecca in Saudi Arabia 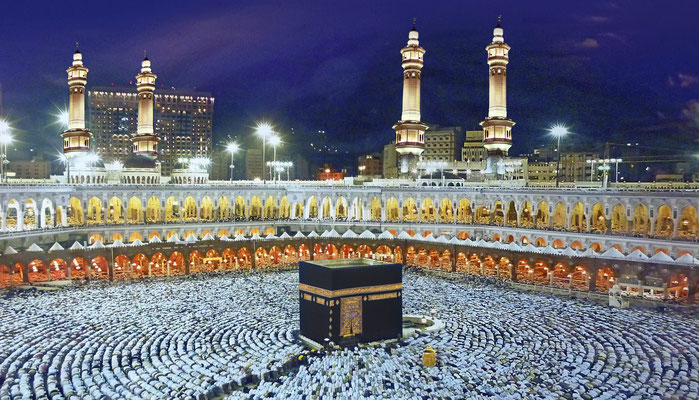 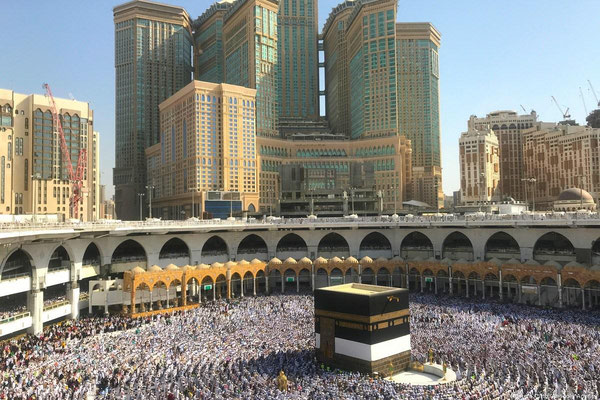